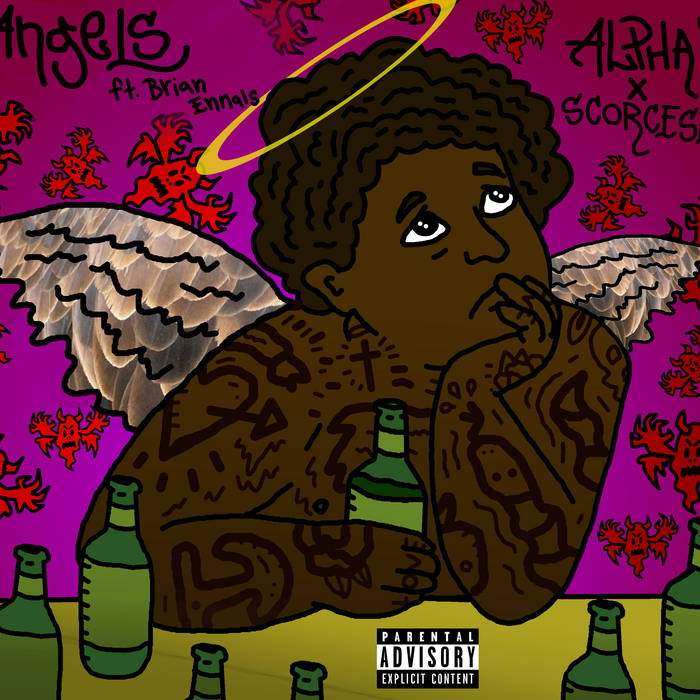 Even the most devout angels can hide mud on their sandals when they are scorned.

"Angels", the follow up single and second look into "A World Only Gods Know" is a tale of passion; passion denied and passion refused.
With fellow Zipsquad member Brian Ennals (Candy Cigarettes, HNNY x ENEM), we find out that sometimes even angels have filthy souls.

Your love don't exist like Chris Broussard sources
Whirlwind relationship left us both nauscus
Cautious, it all falls down no Kanye
Or Michael Douglas stop fronting like Eazy Duz It
Ain't no future when you focus on ya past
Astronaut status in the stars where I land
Shazaam! The genie in the bottle was the bigger lie
It disappeared, like Puffy did in hypnotize
I hear your lies but over there lies the truth
I stand tall on my words like my name was Luke
Skywalk, two live I semper fi then simplify
And flip a fraction flim-flam I'm flabbergasted
You struck a nerve like bad dentists you bastard bitch
I hope you die and they burn the casket you buried in
Cesarian emotions, beware the Ides of March
This tidal wave wash away the castaways of hearts

Floating in the whip trying to see what these ho's bring
Ass cheeks, coke lines, bitches with nose rings
God a hating nigga always was always will be
Sent me out the clouds cuz he too pussy to kill me
White Jesus, Black God soul dripping black tar
Texas Tea murder sprees, stained white tees
No cleaning with detergent, drink liquor with serpents
Orgies with ogres, searching for my purpose
Hit the surface every century, nothing's ever meant to be
She stuffed her tongue down my throat and told me pussy serenity
I'm narcissistic Gabriel but ain't fell yet
The bars was lifted it was written but we ain't hell yet
Devil's advocate for savages who having it
Walking through Heaven with all of hell's magistrate
Created the Mayans, invented the mud
But i'd rather hold ya titty than a grudge, what...

Bitch ya pussy smell like lukewarm dumpster juice
Vamoose, when these chickens come home to roost
Moose knuckles and camel toes I'm an animal
A carnivore but wouldn't touch you with a sharpened board
A common source of animus like a slitted wrist
Under scalding liquid, bitter like liquorice
Liquored up, bumping Brian Ennals 'Papercuts'
America the Brave so sublime I seanced pain
Paranormal activity - Love is all we got!
Roll the dice, poltergeist my heart is polar ice
So precise, it's hard to pinpoint how I came to life
Just to scribble these "fuck yous!" in the blood of Christ
Fuck communion, fuck you for assuming
Facades fade to black you rat, Flowers for Algernon
Now smarten up dummy - no games like Avalon
But ashes to ashes we all burn now